The post has been shared by 19 people.
Facebook 19
Twitter 0
Pinterest 0
Mail 0
TOKYO, March 12, 2021 /PRNewswire/ -- KLab Inc., a leader in online mobile games has announced that the Japanese and global versions of Captain Tsubasa: Dream Team have reached a combined 35 million downloads worldwide.* To celebrate this milestone, the 35 Million Downloads Worldwide Campaign will kick off Friday, March 12 in the Japanese and global versions of the game. 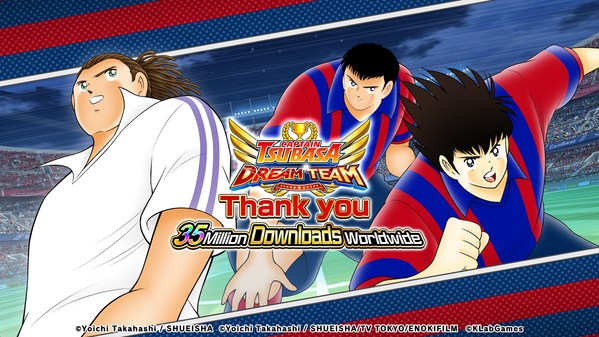 *Total includes players who have downloaded the game more than once.

The 35 Million Downloads Worldwide campaign will include multiple events where players can receive fantastic rewards such as Dreamballs, Black Ball (SSR)s, and more from daily scenarios, missions, and login bonuses. There will also be multiple new Transfers available including a special Daily Free 10-Player Transfer and Dream Pot Transfer. New Players Taro Misaki (All Japan JY), Louis Napoleon (France JY), and Elle Sid Pierre (France JY) will debut in their respective Transfers. They will have Lv.10  Main Special Skills, and the background will feature special locales in Paris where the players are casually dressed - far from the Japanese norm.

The ongoing US-China trade war seems to be impacting everyone, except perhaps
Manny Ramirez is a baseball superstar.  In an MLB career that lasted
With the COVID-19 pandemic largely under control within the country, the world-famous
From Heaven to Hell—Sihanoukville’s Investment / Scamming Trap In recent years, Sihanoukville