With over 1,730 tons of capacity per week, DHL's dedicated flights operated by Kalitta…
Total
15
Shares
Share 15
Tweet 0
Pin it 0

The post has been shared by 15 people.
Facebook 15
Twitter 0
Pinterest 0
Mail 0
SINGAPORE, April 9, 2021 /PRNewswire/ -- DHL Express, the world's leading international express service provider, has bolstered its flight network to serve growing demand between Asia Pacific and the U.S. and Europe. Powered by the new Boeing 777 freighters, the flight routes will offer close to 2,350 tons in total capacity every week, enabling DHL Express to expand its airfreight capacity and increase delivery speed, in response to an exponential growth in shipment volume. 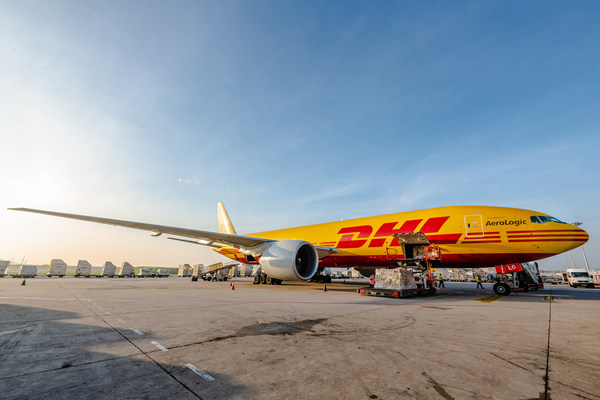 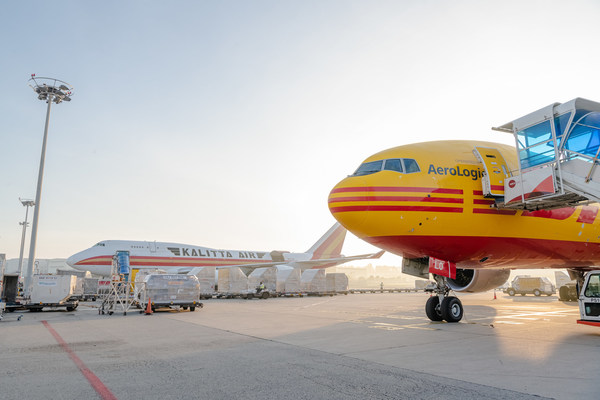 Operated by DHL Express' partner airline Kalitta Air, one of the aircraft is flying five times a week from the United States to the DHL Express South Asia Hub in Singapore, via Sydney. From Singapore, the aircraft will make stops in Hong Kong and Japan before returning to the U.S.. In addition, Kalitta Air will operate a new flight route that plies between Singapore and Sydney six times a week. The other aircraft – operated by AeroLogic, the joint venture cargo airline of DHL Express and Lufthansa Cargo – will fly six times a week from Leipzig to Hong Kong and Singapore before making a stop at Bahrain and returning to Leipzig. By scheduling both Kalitta Air and AeroLogic flights to cross load in Singapore places a growing significance of the South Asia Hub, which serves as a conduit for Oceania customers looking to expand their reach to the rest of Asia Pacific, the US and Europe. The new dedicated flights and aircraft will also help to strengthen DHL's service offerings to its customers, and facilitate cross-border commerce as it leverages the South Asia Hub's strategic location in Singapore. "With the new routes, businesses and consumers from Australia and New Zealand can expect the transit time for their shipments to and from the US and Europe to improve as they look to expand their reach to the rest of Asia Pacific, the US and Europe," said Ken Lee, CEO, DHL Express Asia Pacific. "Shipment volumes into and out of the Oceania region have grown exponentially. Our investment in the new aircraft and dedicated flight routes with increased frequency signify our confidence in the region's growth trajectory and equally demonstrate our commitment to facilitate global trade as the economy heals." E-commerce continues to be a growth driver Cross-border e-commerce in Asia Pacific continues to be a strong growth driver for DHL Express. Estimated to reach US$2.5 trillion by 2024, online retail in Asia Pacific is expected to get a boost as shoppers become increasingly comfortable with online and mobile shopping. Across Oceania, exports have been growing, with Australia and New Zealand accounting for over 90 percent of all goods originating from the region. In fact, air cargo demand in January 2021 has returned to pre-COVID levels (January 2019), according to the International Air Transport Association, but cargo capacity remains limited as a result of shortage of belly capacity in passenger aircraft. "E-commerce has taken the world by storm. The rapid growth of e-commerce will continue to demand higher efficiency and delivery speed from supply chains and airfreight transportation in the mid to long-term," said Sean Wall, Executive Vice President, Network Operations & Aviation, DHL Express Asia Pacific. [caption id="attachment_17989" align="aligncenter" width="600"]

DHL Logo[/caption] DHL Express' Asia Pacific air network operates on a multi-hub strategy, supported by four main hubs – Central Asia Hub in Hong Kong, North Asia Hub in Shanghai, South Asia Hub in Singapore and Bangkok Hub, linking to 50 DHL Express gateways in the region. In Singapore, the South Asia Hub is served by 11 dedicated aircraft and over 340 weekly flights. Ingrid Raj, Head of Aviation, DHL Express Asia Pacific commented, "Equipped with top-of-the-line fuel-efficient technology, the new Boeing 777 freighters will contribute to Deutsche Post DHL Group's sustainability goals as they reduce CO2 emissions by 18 percent compared to the legacy B747-400s. The new dedicated services also enable DHL to provide cost-efficient and high-volume capacity solutions for customers that expect express logistics service." In 2018, DHL ordered 14 new Boeing 777F, with 10 delivered by end 2020, and the remaining four to be taken into service in 2021. In January 2021, DHL ordered an additional eight new Boeing 777 freighters with first deliveries scheduled for 2022. With a payload capacity of 102 tons and a range of 9,600 km, the B777F has the largest capacity and range of all twin-engine freighter aircraft. It allows DHL Express to make fewer stops and reduce associated landing fees on long-haul routes, resulting in the lowest trip cost of any large freighter. DHL Express operates over 280 dedicated aircraft with 17 partner airlines on over 2,200 daily flights across more than 220 countries and territories.