Bengaluru: Amazon has finally revealed its plans to set up an electronic manufacturing base in India as part of the Government of India’s initiative for Atmanirbhar Bharat.

As part of this move, Amit Agarwal, Global Senior Vice President and Country Head for Amazon India, today discussed the details of the initiative in a virtual meeting with Shri. Ravi Shankar Prasad (Minister of Communications, Electronics & IT and Law & Justice, GoI). 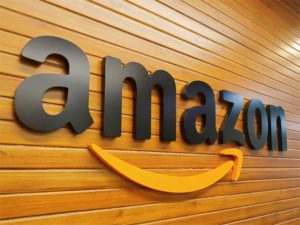 In the briefing, Amazon India reiterated its commitment to the Government of India’s Make in India initiative for realising the dreams of an Atmanirbhar Bharat.

The ecommerce giant announced its intent to start making electronic products such as the Fire TV stick from India.

Consequently, the company has signed a contract with its manufacturing partner Cloud Network Technology, a subsidiary of Foxconn in Chennai.

This will enable Amazon to locally produce hundreds of thousands of Fire TV sticks every year to fulfill consumer demand in India. The company is expected to constantly monitor scaling capacity to additional marketplaces/cities depending on the domestic demand and also fulfill the export demand from India.

Speaking on the occasion, Chri. Ravi Shankar Prasad, said “India is an attractive investment destination and is poised to become a major player in the global supply chain in the electronics and IT products industry. Our government’s decision to launch a production linked incentive (PLI) scheme has received tremendous response globally.

“We welcome Amazon’s decision to set up a manufacturing line in Chennai, as it will enhance domestic production capacities and create jobs as well. This will further our mission of creating a ‘Atmanirbhar Bharat’ which is digitally empowered.”

According to Amit Agarwal, Global SVP and Country Leader for Amazon India, “Amazon is committed to partner with the Indian government to advance the vision of an Atmanirbhar Bharat. We have pledged to invest US$1 billion to digitize 10 million small and medium businesses, help Indian businesses sell worldwide, thereby enabling US10 billion in cumulative exports, and create an additional one million jobs by 2025. Today we are delighted to announce Amazon’s first manufacturing line in India to produce hundreds of thousands of Fire TV stick devices every year, catering to the demands of the Indian customers. This further reiterates our commitment to the government of India’s ‘Make in India’ initiative.”

Riding on PM Modi’s vision of Atmanirbhar Bharat, Amazon recently announced a new program called “Local Shops on Amazon” to enlist local retailers and sellers to avail the benefit of selling their wares on the ecommerce platform.

The program successfully registered over 22,000 neighbourhood stores across the country to enable a better online presence with additional footfall and a greater earning potential by offering pickup points, logistics services and experience centres for e-commerce.