The post has been shared by 1 people.
Facebook 1
Twitter 0
Pinterest 0
Mail 0
FUKUSHIMA, Japan and TOKYO, March 4, 2021 /PRNewswire/ -- The Reconstruction Agency, a Japanese government agency overseeing work on recovery from the Great East Japan Earthquake, opened a portal site titled "Fukushima Updates" on March 4, 2021, to accurately and clearly send out information in English, simplified and traditional Chinese, Korean, and Japanese regarding questions and concerns that people, mainly overseas, have over the safety of Fukushima and Japan.

Nearly 10 years have passed since the earthquake that sent great shock waves throughout the world, and recovery has been steadily progressing in disaster-hit areas in eastern Japan. However, many people outside Japan still have an image of the negative situation of Fukushima Prefecture shortly after the region was hit by the disaster that caused the now infamous nuclear plant accident. This has hindered Fukushima's recovery and prevented various countries and regions from lifting import restrictions on agricultural and other products from Japan. The portal site is thus intended to be a forefront tool to disseminate the latest information on Fukushima through concerted efforts by government organizations concerned, including updates. 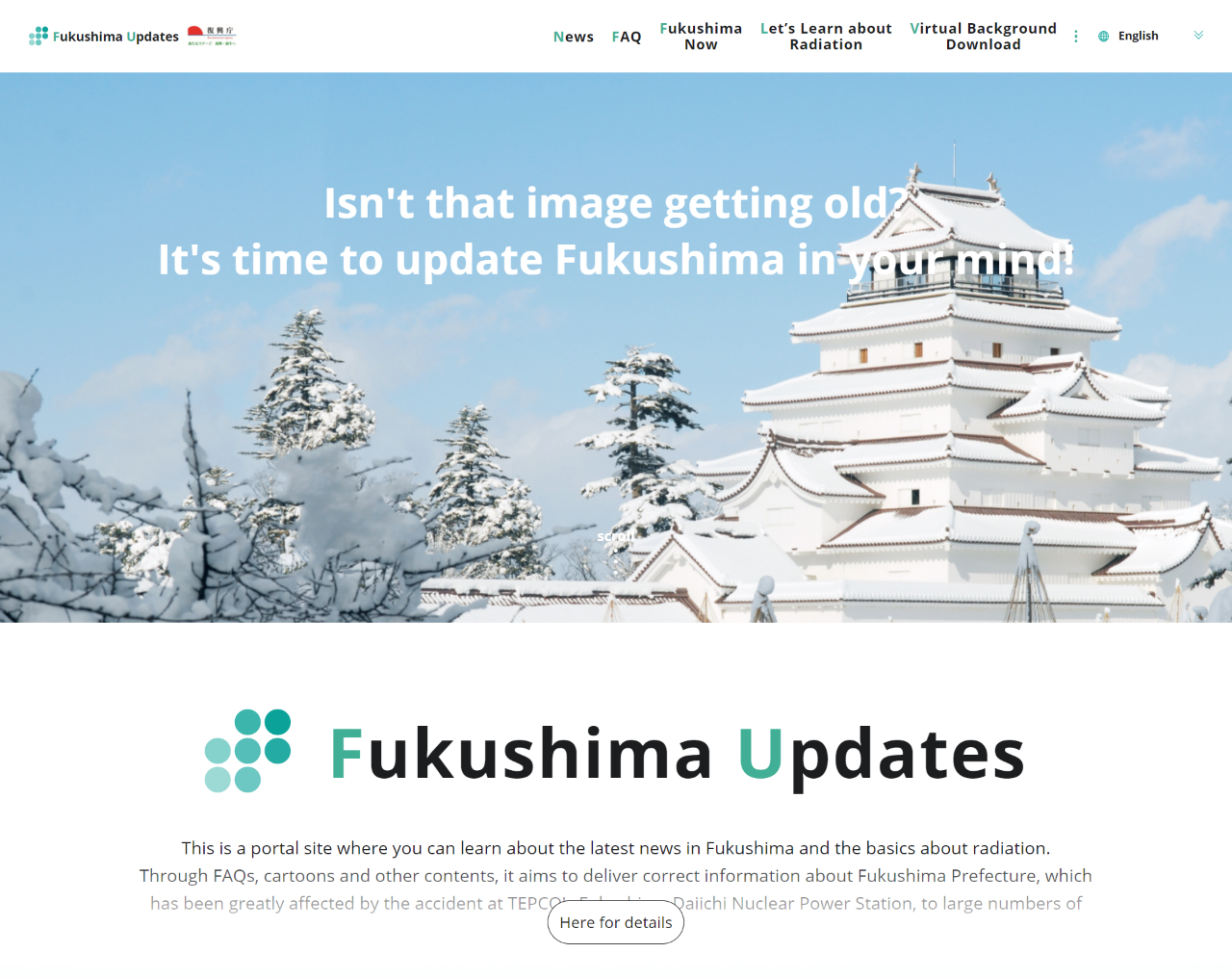 Although still in its infancy, the website works in a Q&A format to questions and concerns primarily from overseas over the current situation of Fukushima, the safety of Japanese food products and the disaster-hit TEPCO's Fukushima Daiichi Nuclear Power Station. Log on and learn just how safe Fukushima products really are, and how much has been done in the past decade to clean the area so badly affected by one of humanity's worst experiences at the hands of Mother Nature.

A warning about a possible armed escalation is given by Poland with
At least eight people have died, and many people have been hurt
The US Congress has recently passed a landmark of $1tn for the
Two big enough Israeli Bookstores have said that they are stopping any