Enapter Logo[/caption] Among the "most advanced H2 projects in the world" announced by the European Commission is one developed by one of the world's fastest-growing green hydrogen companies – Enapter's Phi Suea House in Chiang Mai. The multi-house residence in 2015, became the world's first self-sustaining development fully powered by a clean energy system based on hydrogen energy storage. Phi Suea House is the only Hydrogen Valley featured from Southeast Asia and is one of the few fully-operational Hydrogen Valleys presented on the platform alongside Valleys in development. The Mission Innovation initiative started at the COP21 in Paris in 2015 to reinvigorate and accelerate global clean energy innovation. Today's platform launch kicks off one of eight Innovation Challenges, led by the Renewable and Clean Hydrogen co-leads, Australia, Germany and the EU. [caption id="attachment_10441" align="aligncenter" width="600"] 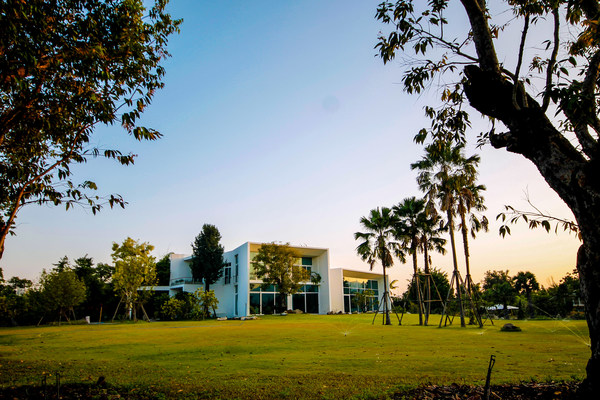 Phi Suea House selected for the Mission Innovation Hydrogen Valley platform.[/caption] "Thailand is targeting a 30% renewable energy share by 2037. However, the challenge is not just producing the clean energy; Thailand considers storage as a key driver. This is why we are very motivated to see Thailand host the Phi Suea hydrogen house project in the launch of the 'Mission Innovation Hydrogen Valley platform.' To take the hydrogen momentum forward, we want the Phi Suea House to not be the only project, but 'the first of many' projects to come in the future." – Chief Inspector General, Thailand Ministry of Energy, Dr. Twarath Sutabutr "Thailand hosts the only project in Southeast Asia; it is in Chiang Mai, the Phi Suea House. There you can already see what hydrogen energy can do today – it's a showcase for the German company Enapter and also an excellent example for Thai-German cooperation." – German Ambassador to Thailand, Georg Schmidt Phi Suea House is a multi-building development powered solely by solar power, a hybrid hydrogen-battery storage system and hydrogen fuel cells. The project was developed by Sebastian-Justus Schmidt, co-founder of the electrolyser company Enapter in Thailand, to showcase combined solar and hydrogen tech feasibility. It uses Enapter's own Anion Exchange Membrane (AEM) electrolyser systems to create green hydrogen from water and solar power. Enapter is the world's only manufacturer of AEM electrolysers, and its highly-efficient, modular hydrogen generators are used by more than 100 customers in more than 30 countries. It has chosen Germany for its first mass-production facility, with construction planned to begin early this year and finish in 2022, with annual production capacity of more than 100,000 electrolyser modules. "Chiang Mai and Thailand provided the perfect environment for developing such a world-first hydrogen project, one which gave Enapter an early chance to prove the success of our AEM electrolysers. We're excited to see it join others on the Mission Innovation platform to help inspire the transition to green hydrogen, and hope that it could pave the way for similar developments across Southeast Asia." – Sebastian-Justus Schmidt, Enapter Co-Founder and Chairman. About Enapter Enapter is an award-winning company manufacturing highly efficient, modular hydrogen generators based on Anion Exchange Membrane (AEM) electrolysis technology. Its patent-protected core technology has a 10-year proven track record and allows for the creation of unique, low-cost, and compact electrolysers. They are used in more than 30 countries, in industries like energy, mobility, telecommunications, heating and more. Enapter has offices in Italy, Germany, Thailand and Russia.