The post has been shared by 1 people.
Facebook 1
Twitter 0
Pinterest 0
Mail 0
HONG KONG, Jan. 28, 2021 /PRNewswire/ -- Global leaders and experts agree that China and the United States remains the world's most crucial relationship, and the two must work together to combat global challenges. During a three day virtual forum "US-China Relations: The Way Forward", hosted by the China-U.S. Exchange Foundation (CUSEF) and the China Center for International Economic Exchanges (CCIEE), speakers examined the new and existing global challenges facing U.S.-China relations and the key areas that the two countries will need to focus on including fighting COVID-19, climate change, and cybersecurity. 2020 was a year of unprecedented turmoil. The pandemic sent humanity a message: the world is fundamentally changing, and the U.S. and China are more successful combating these challenges together rather than apart. The high level forum gathered panelists including Carlos Gutierrez, Former U.S. Secretary of Commerce, Zeng Peiyan, Chairman of CCIEE, Yasuo Fukuda, Former Prime Minister of Japan, Steven Chu, Nobel Laureate in Physics & Former U.S. Secretary of Energy and Tung Chee-hwa, Vice Chairman of the 13th CPPCC National Committee & Chairman of the China United States Exchange Foundation, amongst over 40 other senior business leaders, current and past government officials, and renowned scholars. The ongoing U.S.-China trade war along with the fiscal hardships exacerbated by the pandemic is expected to plunge the world into a recession unlike anything seen since World War II. The distinguished speakers asked to reconsider the rhetoric issued by leaders, noting COVID-19 is a virus not isolated by borders. Executive Vice President and Head of International Affairs for the U.S. Chamber of Commerce Myron Brilliant stated that COVID-19 is not a U.S. pandemic, nor a Chinese pandemic, but rather a global emergency that will be eradicated only by collaboration and contribution from the world's two biggest and most innovative economies. Economic and trade experts attested for a dire need to salvage and redefine the complex U.S.-China relationship, predicting that collaboration could hasten economic recovery. Xu Bu, President of the China Institute of International Studies, acknowledged that the U.S. and Chinese economies are more complementary than competitive, and should act accordingly. Only through allowing transparency and partnership will scientists be able to continue to make significant progress in areas imperative to global health that include research and development, the COVID-19 vaccine, and prevention of future pandemics. Michael Spence, Nobel Laureate in Economics and Philip H. Knight Professor Emeritus of Management in the Graduate School of Business at Stanford University, analyzed how the Trump administration's efforts to isolate China involuntarily compelled China to begin transforming themselves, accelerating the shift of the global economy to Asia. "Whether it is short term or long term, this kind of pressure put on Chinese companies forced them to innovate themselves, and they became the true winners. Just like the U.S. wants to invest in China, Chinese companies want to invest in the United States," Executive Vice Chairman and Chief Executive Officer at CCIEE Zhang Xiaoqiang observed. [caption id="attachment_3243" align="aligncenter" width="636"]

The White House[/caption] While many admired the transformation, it is essential for both countries to be more inclusive and re-establish people to people exchanges, as partnerships could lead to beneficial advancements in areas of education, tourism, civil institutions, and think tanks. According to the President of the National Committee on United States-China Relations Stephen Orlins, "people to people relationships are the foundation of our political relationship. It's going to determine how and whether that relationship creates a more secure and prosperous world." To do this, he recommended both China and the U.S. open its borders to each other on every level. This includes reopening the consulates in Houston and Chengdu and restoring the U.S. Fulbright Program in China, which David Firestein, President and CEO of the George H.W. Bush Foundation for U.S.-China Relations reaffirmed. Aside from the pandemic, we continue to face other world challenges such as terrorism, natural disasters, and climate change. Competition is healthy both in technology and science, but ultimately, these areas should be based on rules and directed towards positive results that benefit all. Technology lies at the heart of all these challenges and will play an integral part in finding the solutions. Among the speakers who asserted the importance of cooperation and honest exchange in the technology discussion, there were six business leaders of large corporations in China who participated. "Not just by words, but by deeds," proclaimed former U.S. Ambassador to China and former U.S. Senator from Montana, Max Baucus. In his opinion, it will be difficult for students and politicians to visit China until each country indicates to the other the fact that they want to work with each other by actions. Yet, hope is on the horizon. Though the future of the U.S.-China relationship remains uncertain, President of the Chinese People's Institute of Foreign Affairs Wang Chao expressed his confidence in the foundation of U.S.-China relations "built through our joint efforts over generations." Mr. Wang added that goodwill shall remain unchanged and optimism will prevail regarding people to people exchanges. [caption id="attachment_4043" align="aligncenter" width="1024"] 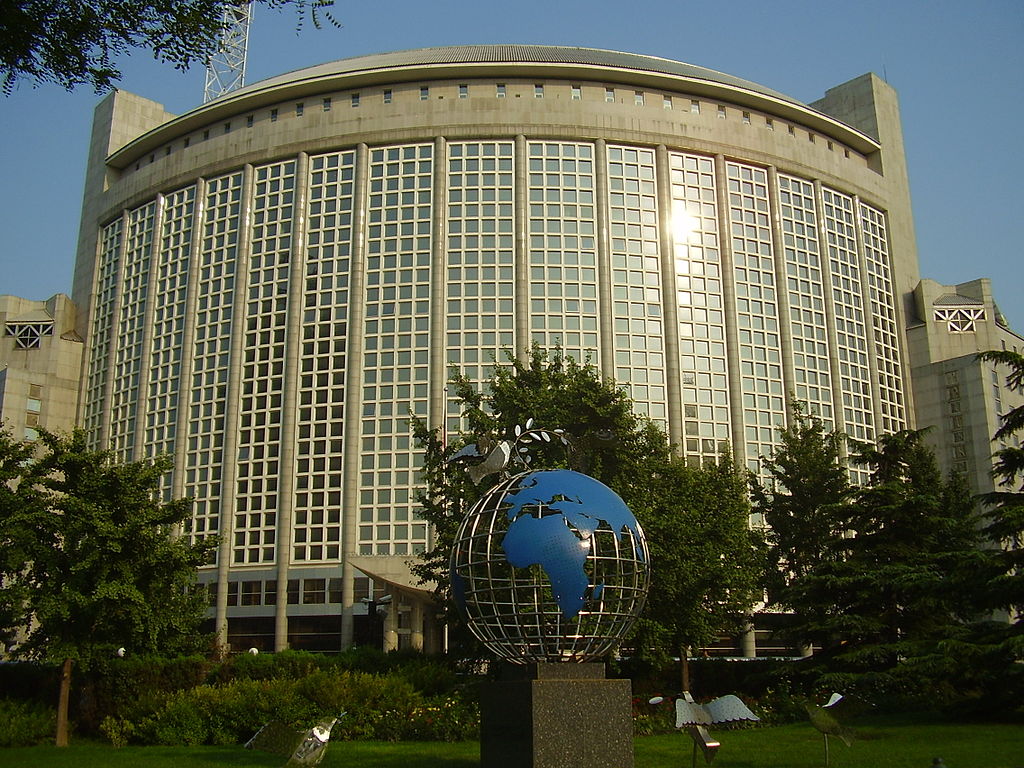 China's Ministry of Foreign Affairs[/caption] Tung Chee-hwa, Vice Chairman of the 13th CPPCC National Committee & Chairman of the China United States Exchange Foundation, ended the forum on a positive note: "Indeed, our many speakers and panelists have pointed out what should be done. If I were to summarize their thoughts expressed in these three days...return to the dialogue table, restore respect and trust, allow competition and cooperation to coexist. Let's work together now. The road is not easy, but together we will find a way."