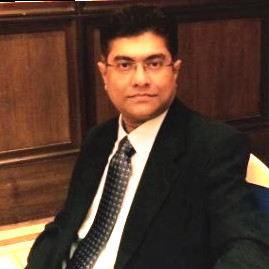 Bengaluru: The Taiwanese iPhone component manufacturing company Wistorn has made it clear that the company is giving top priority to the safety and wellbeing of its team members.

The statement issued on Sunday by Wistron India Managing Director Sudipto Gupta after the Saturday riots at its production facility at the Narasapura Industrial Area in Kolar District close to Bengaluru assumes significance as the company is trying to resume output as soon as possible at the facility.

“We are deeply shocked by the events at our Narasapura facility. We follow the law and are supporting the authorities with their investigation. The safety and wellbeing of our team members are always our top priority,” Mr. Gupta in a statement late on Sunday.

Wistron has invested around Rs 2,000 crore at the Kolar facility to manufacture mobile phone components for various companies, primarily iPhone. According to government sources, the investment was made to expand the production capacity from 20,000 handsets to 40,000 handsets.

The labour unrest happened at a time Wistron was going ahead with plans to ramp up production capacity for the domestic and international market.

According to one analyst, Wistron provides employment to around 20,000 employees directly and indirectly at the Kolar plant.

In a recent interaction with Deputy Chief Minister C N Ashwath Narayan, Wistron evinced its interest to also set up a research and development centre in Bengaluru and further ramp up its investment to around Rs 4000 core.

The Karnataka government has offered land for the project at the Aerospace Park for the facility.

Wistron already operates a manufacturing facility at the Peenya industrial area in Bengaluru.

Also, the Taiwan government-owned Century Development Corporation is going ahead with its industrial township development to attract more investment from Taiwan electronic and semiconductor companies.

Deputy Chief Minister Narayan says the government has launched an investigation into the incident and decried it as spreading a bad image of the state’s industry-friendly climate.

“The incident should not have happened when the State government is working hard to woo investors. Strict action will be taken against those who are responsible for the attack,” said Mr. Narayan.

He also said the State goverment is committed to working for the investors and to improve the industry investment friendly atmosphere in the State.

“(The) Inquiry will also look into complaints about non-payment of salary for the workers and salary cuts. If workers are facing such issues, they should have taken it to the labour commissioner or the deputy commissioner. Taking the law into one’s own hands cannot be justified,” said the Deputy Chief Minister.

The unrest followed allegations of reduced and delayed salary payments, and arbitrary changes to the labour contract.

It is interesting to note that the unrest at Wistron comes at a time when a few other companies operating out of Karnataka have faced similar trouble with workers.

The car-maker Toyota Kirloskar Motors Pvt. Ltd (TKM) has been facing labour unrest for about a month now as there is a simmering discontent among the labourers regarding management action.

This article first appeared in the NFA Post and is republished with permission.