The post has been shared by 5 people.
Facebook 5
Twitter 0
Pinterest 0
Mail 0
TAOYUAN, Taiwan, March 29, 2021 /PRNewswire/ -- Taoyuan, the gateway to Taiwan, has the largest airport in the nation in Taoyuan International Airport. As such, Taoyuan was this year a co-organizer of the Smart City Summit and Expo, hosting a Bilateral Gov x Biz Webinars with the City of Prague in the Czech Republic, Nigeria's International Trade Facilitation Association and the City of Medellín, Colombia, for cross-border networking. Over 30 companies joined a one-on-one B2B matchmaking service in the virtual sessions with Taoyuan showcasing a variety of solutions online.
[caption id="" align="aligncenter" width="600"] 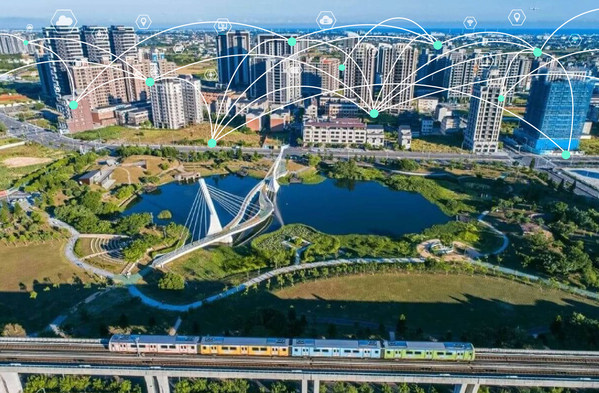 Taoyuan actively develops innovative infrastructure and technologies, winning 2019 Intelligent Community of the Year by ICF and joining as the co-organizer of 2021 Smart City Summit and Expo[/caption]

Earlier this year, Taoyuan experienced an outbreak of COVID-19 in a local hospital but made a successful recovery thanks to technological applications including a "Hot Spot Warning Signal" - a smart tourism solution to lower the risks of cluster infection.

The industrial density of Taoyuan is the highest in Taiwan with industrial communities and supply chains such as Apple and Tesla operating in the city alongside hundreds of domestic manufacturers contributing NT$ 3 trillion in annual industrial output; one of the highest levels in the nation.

To this end, Taoyuan City in 2021, led by Mayor Cheng Wen-tsan, is actively aligning resources to facilitate digitalization and the building of a smart city in line with all these factors by using emerging technologies and data-driven thinking. In the future, with the proximity of the airport, Taipei Port, High Speed Rail access, and Mass Rapid Transit, the charm of the Taoyuan Aerotropolis will only serve to promote  Taoyuan as a new and upcoming innovation hub in the wider Asia-Pacific region.