Microsoft Wins Contract To Arm US Soldiers With AR Headsets

The post has been shared by 6 people.
Facebook 6
Twitter 0
Pinterest 0
Mail 0
Microsoft has secured a decade long military contract to equip the US Army with several thousand augmented reality headsets worth nearly US$22 billion.

The contract requires the company to fulfill an order of 120,000 AR headsets that are powered by HoloLens tech and integrate it right into the combat mechanics of the soldiers’ headgear. 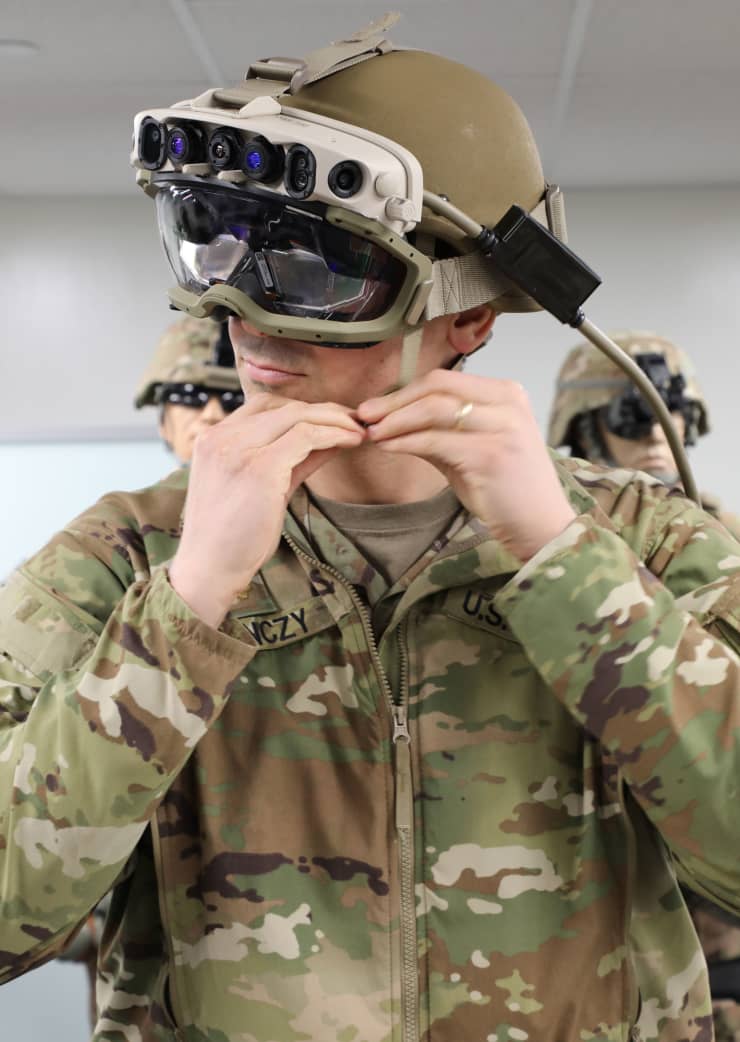 Consequently, the modified design enables advanced capabilities of the HoloLens 2 to work in sync with the soldiers’ Integrated Visual Augmentation System (IVAS) to offer real-time visual assistance on the battlefield.

This new contract extends an earlier two-year contract worth $480 million that Microsoft acquired back in 2018, to equip US soldiers with AR tech.

At the time, the contract offer pointed out that the deal could manifest into future orders exceeding 100,000 AR headsets.

“Augmented reality technology will provide troops with more and better information to make decisions. This new work extends our longstanding, trusted relationship with the Department of Defense to this new area,” a Microsoft spokesperson reportedly told TechCrunch at the time.

Microsoft confirms that this announcement clarifies the completion of transitioning from prototyping to final production stage for commercial use.

The company has outrun the industry’s biggest players in augmented reality by securing this massive government contract budget to scaleup AR tech and resolve inherent problems.

Such a move will pave the way for rolling out the faultless versions to consumers and enterprise-level devices in the future.