The post has been shared by 7 people.
Facebook 7
Twitter 0
Pinterest 0
Mail 0
TOKYO, March 31, 2021 /PRNewswire/ -- Despite the fact that Ninja characters and images are loved by millions of Ninja fans globally, they are not representative of real Ninjas. The true philosophy of the Ninja is to win without fighting - which is a bit surprising to most fans. To promote the real Ninja Arts and Culture, Japan Ninja Council is planning to launch the first world-wide crowdfunding campaign on Kickstarter this April for the first Ninja online academy in Ninja's history. 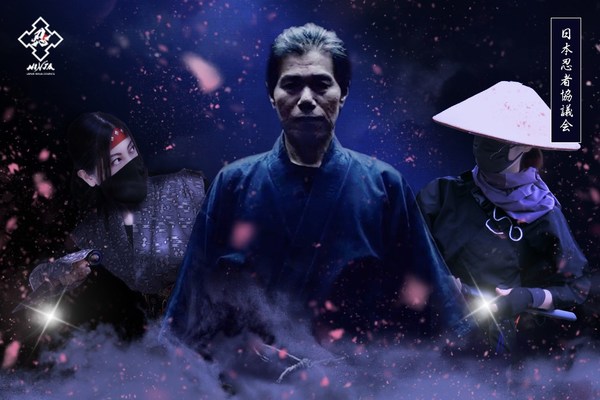 The Japan Ninja Council, founded in 2015, is the first and only official association to promote the genuine Ninja culture and pass on the traditional Ninja culture to the next generation, with a joint effort of Japanese government partners, including the Cabinet Office and Agency for Cultural Affairs. It also partners with Mie University International Ninja Research Center to issue degrees in Ninja studies and collaborate with International Ninja Research Association to promote Ninja studies. Due to the COVID-19 pandemic, the council launched its first digital channel Nindo Channel on Youtube last year. The channel is lectured by Jinichi Kawakami, the the most famous Ninja in the world and an authority in one of the oldest Ninja schools in Japan. The content provides introductory NINDO learning, including basic self-protection and survival skills in the wild. This channel embarked on a revolution in Ninja history. The Youtube channel has already acquired over 10,000 subscribers and its most viewed video has reached over 45,000 views. The interest in learning about Ninja is obvious. "Ancient arts really help the body and mind develop. I mean, he's 70 now but he moves around like he's 28. Really amazing." - Isaiah Cheezy "If [the Grandmaster] opened a ninja school I'd pay him to learn this mystic art." - Jane Appleseed The channel proves the fact that people from all over the world including the USA, Brazil, India, and Indonesia are keen to learn "genuine ninja lessons taught by genuine Ninja." As Kawakami Sensei passionately states: "I haven't taught Ninja skills comprehensively until now but especially after I started Nindo Channel on Youtube, I realize that many people across the different regions want to learn the Art of Ninja, which is useful even in modern times." One of its most important missions of the Ninja Academy is to certify an official Ninja license "NINDO" to those who will be trained at certain levels on Ninjutsu. (*NINDO license is the only official Ninja license certificate system managed by Japan Ninja Council). NINDO is separated into two majors; Yo-nin (theoretical and spiritual side) and In-nin (physical and practical side). In the Yo-nin course, you will learn about the history of Ninja and the spiritual intelligence skills such as meditation, art of listening and observing. In the In-nin course, you learn about the practical skills of Ninja, such as ways of walking and self-defence skills from Dojo teachers. Depending on your proficiency, you will be issued with a certificate at different levels, from Genin, Ninja to Master of Ninja (10 Dan). Kawakami Sensei says "Through this Ninja Academy, NINDO, you will learn genuine and traditional ninja skills from our experts. I warmly welcome you to join our crowdfunding project and look forward to teaching you on the platform." Meanwhile, the council is also launching a NINDO Ambassador program to promote the Ninja Academy. Ideal candidates are those who desire to be Ninja and are excited about bringing NINDO to the world. The finalist will be sponsored to work at the council in Japan and will receive other benefits such as free NINDO training and fair compensation. There will be more details on the website. The Kickstarter campaign will be launched with full details in mid-April.