The post has been shared by 1 people.
Facebook 1
Twitter 0
Pinterest 0
Mail 0
SINGAPORE, April 7, 2021 /PRNewswire/ -- According to a Survey conducted by FUTU Holdings (NASDAQ: FUTU) on "Millennials and Generation Z Investing Over The Pandemic", an uncertain and volatile future resulting from the Covid-19 pandemic has led to more individuals taking a greater ownership of their finances by embarking on an acute investment journey. The increased accessibility and usability of digital tools combined with a Government-led push towards technology has resulted in younger investors - both in the Millennial (born between 1981 and 1996) and Generation Z (born from 1997 onwards) categories - turning towards a greater interest in investing. In the previous year alone, amongst in-profits investors, 18.8% of millennials and 17.7% of Generation Z doubled their position, implying that they had achieved 100% of investment returns. And while investing appears to be on the rise amongst the younger generation in general, men were found to be more likely to invest, with 75% of Generation Z investors on Futu's platform being of that gender. Stocks were also the most commonly traded for both Millennials and Generation Z as compared to other commodities such as funds, options or bonds. In addition, there appears to be a shift in preferences towards new economy stocks, which refer to high-growth industries that are on the cutting edge of technology and believed to be the driving force of economic growth and productivity. These seem to make up the bulk of their portfolios, where the top ten most traded US stocks included big name organisations such as Apple, NIO and Tesla. [caption id="attachment_17774" align="aligncenter" width="600"] 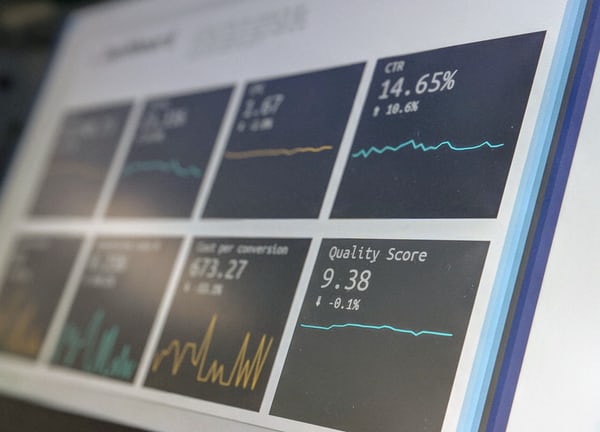 C: Stephen Dawson - Unsplash[/caption] The Survey also revealed that: It is optimistic to see youths taking charge of their financial future from a younger age. The engagement frequency of online trading apps for Generation Z is already 26% higher than that of Millennials, with them also browsing and placing more stocks on their watchlist. "The Covid-19 pandemic has radically shifted our way of life - how we work, socialise, save and more - and young generations were especially impacted," says Leaf Li, Founder & CEO of Futu. "The uncertain and discouraging conditions have pushed Millennials and Generation Zs to grow in resiliency and trained them to be ever-prepared for unprecedented situations. As we rebuild our economies and society, it is the younger generation who will be critical in shaping the world that emerges."

In Meta’s recent Connect Conference, Mark Zuckerberg released a video in which
The U.S. and global stock markets fell for a sixth straight week
Moscow officials stated that the last fighters defending the city’s Azovstal plant
(The Taiwan Times) ― Taiwan faces its worst Covid-19 outbreak after the