CES 2021: Taiwan’s ELECLEAN Disinfectant Recognized By WHO In COVID Fight

The post has been shared by 1 people.
Facebook 1
Twitter 0
Pinterest 0
Mail 0
TAIPEI, Taiwan, Jan. 17, 2021 /PRNewswire/ -- The World Health Organization's Regional Office for Africa has compiled a worldwide database of COVID-19 technological innovations with the goal of sharing information on technologies that have already made a difference in other parts of the world. Developed in Taiwan, ELECLEAN's disinfectant solution has been recognized in the "Laboratory" category of innovations with the potential for adaptation and scaling in the fight against COVID-19. 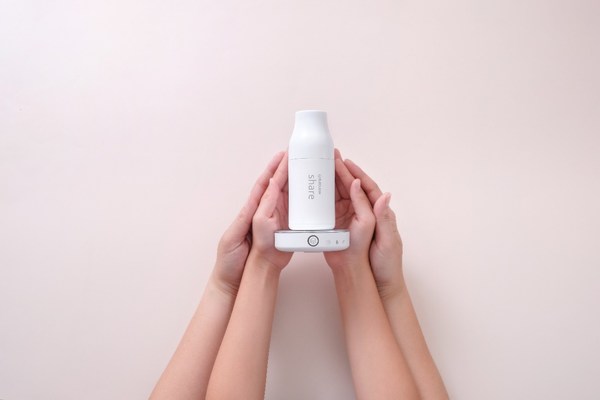 ELECLEAN has produced disinfectant using water as its only reagent by using nano-catalysis electrochemical technology which transforms water into “reactive oxygen species” (ROS) that effectively destroy viruses and bacteria by oxidation.

The World's First Disinfectant Spray to Use Water as Its Single Reagent In the fight against COVID-19, alcohol is perhaps the most commonly utilized disinfectant and sterilization solution. But what if there was a way to achieve effective disinfection with something even more common? Since 2016, Taiwanese startup ELECLEAN has produced disinfectant using water as its only reagent. By Using nano-catalysis electrochemical technology, water is directly transformed into "reactive oxygen species" (ROS) such as hydroxyl radicals, hydrogen peroxide, and superoxide radicals. ROS effectively destroy viruses and bacteria by oxidation. Delivered in the form of a portable and rechargeable device, ELECLEAN produces disinfectant from regular tap water in just 15 minutes at the touch of a button. Moreover, ELECLEAN is safe and eco-friendly. Upon destroying the targeted pathogens, ROS simply transforms back into water. Throughout the process, no chemical additives or preservatives are utilized, which makes this disinfectant product non-toxic - unlike many traditional disinfectants. ELECLEAN has been certified by professional laboratories around the world, including Chang Gung University, SGS, SNQ, and more. ELECLEAN has been verified as effective against pseudomonas aeruginosa, pneumococcus, H1N1, candida albicans, E. coli, staphylococcus aureus, salmonella, black mold, and more. A New Innovation for the Pandemic Era In August of this year, the startup launched a new product called ELECLEAN 360 in response to the pandemic. ELECLEAN 360 is an intelligent disinfectant station that may be installed at entrances to buildings and other venues to provide full-body disinfection. The system effectively removes viruses, bacteria, and odors from those who walk through, significantly improving public health and safety in public spaces. ELECLEAN 360 has already been used for sanitation control of various venues and events, including the CHIMEI Museum, the National Library of Public Information's Read Exposition, National Geographic's 50th Anniversary of Earth Day Run, and more. Inspired by the Need for Clean Water After participating in various disaster relief programs in India and Southeast Asia, Dr. Chien-Hung Chen, Founder and CEO of ELECLEAN, found that clean water and disinfection were critical problems in need of solutions. Chen drew on his 13 years of water treatment research experience at the Material and Chemical Research Laboratory at the Industrial Technology Research Institute (ITRI) to invent a series of water purification modules to provide refugees with clean, potable water. After returning to Taiwan, Chen founded ELECLEAN with the mission to become the world's top-ranked professional disinfection appliance brand. In addition to ELECLEAN's flagship disinfectant solution, our current line of products also includes ELECLEAN plus+, ELECLEAN share, and ELECLEAN 360. It is expected that other products will be released, including ELECLEAN tissue and E-cube, in the near future. CES 2021 TTA-VR Pavilion: https://pse.is/393s2h

Those failing to accurately do so face a fine of up to NT$150,000
despite a requirement (for) self-quarantine … club member chose to visit the Yawei fitness club
The number of confirmed cases of the novel coronavirus (COVID-19) in Taiwan
The People’s Liberation Army (PLA)’s adventurism has started costing it heavily. Actions