The post has been shared by 1 people.
Facebook 1
Twitter 0
Pinterest 0
Mail 0
SYDNEY, March 5, 2021 /PRNewswire/ -- As part of the Mardi Gras celebrations in Australia and in partnership with ANTRA and The Equality Project, livestreaming app Bigo Live hosted "Together We Rise", a panel discussion echoing the theme of this year's event, "RISE" and focusing on the platform's diverse community. Held on Friday, 26th February, "Together We Rise" brought together five thought leaders and active members of the LGBTQIA+ community to discuss how Mardi Gras may look and feel different this year, the opportunities and challenges they face and how the community has stayed connected and motivated during the pandemic through technology. The session featured Cedric Yin-Cheng, founder of ANTRA; Jason Tuazon-McCheyne, founder and CEO, The Equality Project; Adrian Tuazon-McCheyne, CTO, The Equality Project; Canadian-based bisexual Bigo Live broadcaster KirraZomby and was moderated by Perth-based transgender Bigo Live broadcaster, Dolly (BratzDoll). The discussion was supported by Bigo Live ANZ's Multi-People Room feature, a function that will enable panel participants to engage with viewers, answer questions and connect over shared experiences.

In honour of the event, Bigo Live is also donating USD2,000 to support the work of ANTRA and The Equality Project. "Bigo Live broadcasters and users always demonstrate the Australian values of encouraging multiculturalism and egalitarianism. Our audiences' gender identity, sexual identity and cultural diversity reflect a modern Australia, so we're very pleased to have kicked off Mardi Gras celebrations with such an insightful 'Together We Rise' panel discussion," said a Bigo Live ANZ spokesperson. "We are invested in ensuring that Bigo Live is one of the most diverse and inclusive social networking platforms and a safe place for the LGBTQIA+ community as we all work together towards a better, more inclusive future for current and future generations of Australians." The Equality Project is a national health promotion charity bringing together LGBTIQ+ people and allies to promote a better, more just, and fairer society for all Australians. By creating a truly intersectional discussion, they aim for LGBTIQ+ voices to be heard. 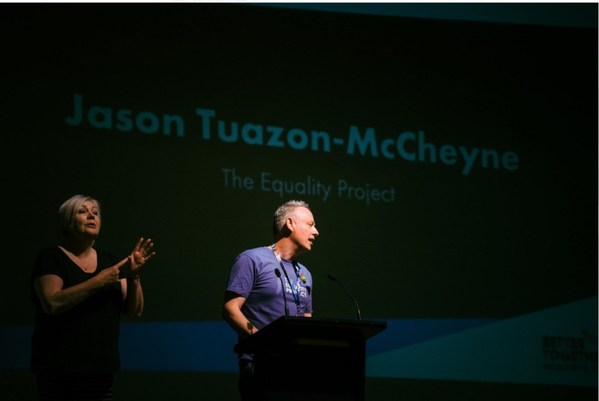 "At the end of the day, your sexuality and your gender are just what they are.The sooner you can be your authentic self the better, and certainly find support networks to help keep you psychologically and physically safe," commented Jason Tuazon-McCheyne, founder and CEO of the Equality Project. "In Australia we've only just recently had marriage equality which has changed a lot of things for us. I think being visible is being part of the solution; the more visible we are, showing that we are a diverse community, and telling our stories really helps move the conversation forward. It's really important for us to tell our own stories because it humanises this LGBTQ+ acronym that's often quite alienating for some people outside of the community," said Adrian Tuazon-McCheyne, CTO of the Equality Project. The Australia & New Zealand Tongzhi Rainbow Alliance Inc.(ANTRA) is a community-based not-for-profit advocacy group, founded to celebrate and embrace diversity, but most importantly, to become a point-of-contact and support for Mandarin- and Cantonese-speaking LGBTQIA+ community members, particularly migrants, international students and other newly arrived diasporas. 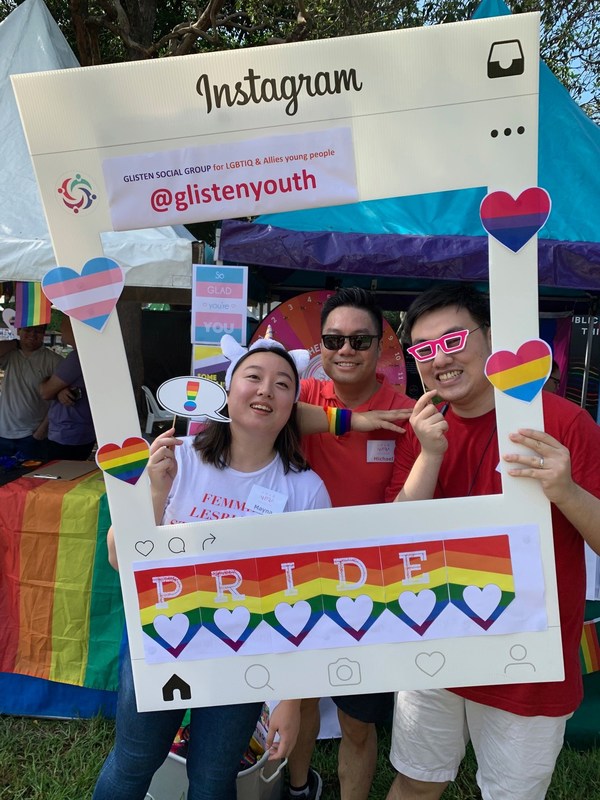 "Your sexuality and your gender identity are formed inside of you and you have to be comfortable in order to tell others who you are. Australia is a diverse society, but if you're not in a safe environment or have open-minded friends, if you don't have open-minded workplaces or schools, you risk putting yourself into a dangerous and unsafe position when coming out. So I would think about your safety first and secondly, think about whether you know yourself well enough to explain to other people, who might not be as smart or as fabulous as you are, who you are," said Cedric Yin-Cheng, founder of ANTRA, offering advice to the LGBTQ+ community about their journey to shaping their identity. "It has been such a pleasure being invited by Bigo Live, the channel that has worked so much to make sure LGBTQI+ people are visible and well valued. I am proud and fortunate to have spoken with Dolly, Jason and many more other interactors in their comments and understand a lot more about how our community is on this lovely platform. I truly wish the best to Bigo Live and I am hoping Bigo Live continues with their excellent work in making sure the voices of LGBTQIA+ people are well heard and seen!" Yin-Cheng continued. The panel was moderated by Dolly (known to her two thousand Bigo Live followers as BratzDoll, Bigo ID: Dooly19), a transgender woman and Bigo Live broadcaster who moved to Australia when she was nine years old and has been open with her personal experiences identifying as gay male before her transition and her journey to realising her true identity and finding her support network online. With over 1.3 million subscribers across the ANZ region and a 20% sign-broadcaster increase month-on-month, Bigo Live is one of the world's fastest-growing, community-first social networking platforms that uses livestreaming technology to bring people together. Globally, the platform connects over 400 million users worldwide. This is the most recent livestreaming event hosted by Bigo Live dedicated to LGBTQIA+ users and allies. Prior to this, Bigo Live has announced a series of LGBTQIA+ initiatives globally, including an official corporate partnership with The Trevor Project and a #WeStandTogether event series in celebration of Pride Week in 2020. The panel discussion was livestreamed at 6:00pm AEDT on Friday, 26 February on Bigo Live ANZ (ID: 80019), and the panel discussion is available to view here: https://drive.google.com/file/d/1_LTb4w5Im8WIgoJw-bf2STSWyLN0Bmyf/view