The post has been shared by 1 people.
Facebook 1
Twitter 0
Pinterest 0
Mail 0
TORTOLA, British Virgin Islands, Feb. 22, 2021 /PRNewswire/ -- Over 70 professionals from the British Virgin Islands financial services industry including corporate service providers, lawyers, accountants, and insolvency practitioners attended a networking event hosted by Bank of Asia (BVI) Limited ("the Bank") on Chinese New Year's Eve, 11 February 2021, at Sevens at the Pier restaurant on Tortola. Mrs. Lorna Smith, OBE welcomed the Bank's guests on behalf of its Chairman, Mr Carson Wen and the other members of the Board of Directors. [caption id="attachment_13405" align="aligncenter" width="600"] 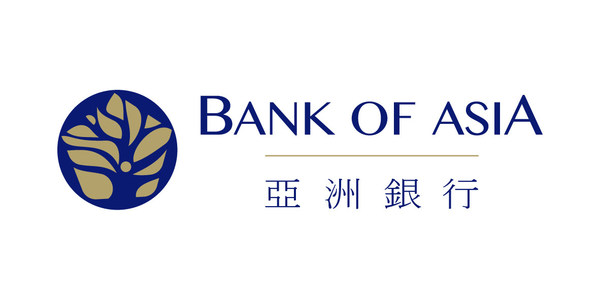 Bank of Asia (BVI) Limited Logo[/caption] Chairman of BVI Finance and Regional Managing Director of Trident, Mr. Nick Bishop in his brief remarks, expressed his pleasure and gratitude that the principals of Bank of Asia had taken the decision to open a bank in the BVI. He considered the advent of Bank of Asia to be a positive story and encouraged the industry to support the Bank. President of the Bank of Asia, Ms. Lisa Lou then provided an overview of the bank's offerings. She said the Bank is in a unique position to support the growth of BVI Financial Industry, serving as the bridge between the BVI and Asia. She shared the Bank's objectives for the New Year which included capturing opportunities in the growing offshore Asset Management, Funds and Digital Assets sectors. Advisory services have been added to the Bank's offerings, utilising its strong resources here and in Asia in finance, legal and professional services. Ms. Lou herself is from Beijing, having worked at the C-Suite Level at several banks in China, including the last being Senior Managing Director and China Country Manager of State Street. Ms. Lou a announced that Bank of Asia has been granted a General Banking License. With this new license, Bank of Asia will be able to offer services to the BVI business community and residents, in addition to its global clients. The Bank is looking to bring its financial products and banking services to the local market, such as Term Deposits at competitive interest rates, Mobile Payment and e-Wallets. Vice President, Deon Vanterpool underscored the vital role of partnerships already established and growing with key industry players. The bank has tapped into new products, services beyond the traditional core banking services to raise the profile of the British Virgin Islands in the global financial services market. Chairman and Founder of the Bank Mr. Carson Wen commented that Bank of Asia has now firmly established itself as a go-to bank for offshore companies as well as those looking for new fintech-enabled services. Customers from 33 jurisdictions have chosen to use Bank of Asia for its services. 2021 will see Bank of Asia grow substantially to deliver on its promise to Change the Way People Bank.