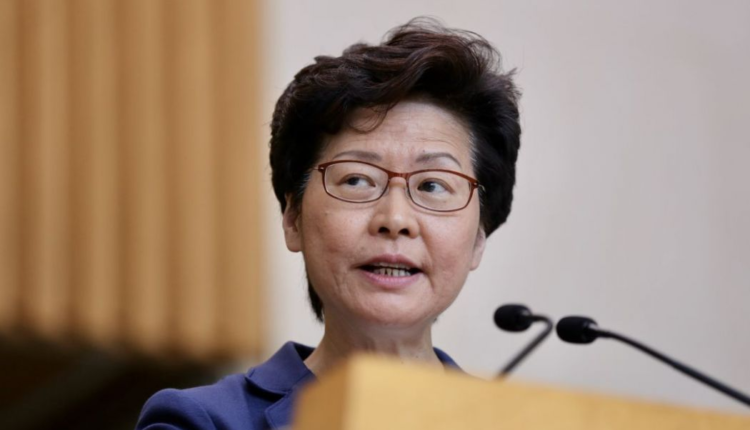 We have kept reporting about the Hong Kong protests for a while now and the protests keep on continuing. This all started when the Hong Kong government introduced a bill for extradition to China which triggered a massive opposition from the people. Later, we saw that rallies were organized every weekend and people started to come on the streets in capacity of millions. Seeing the power of people, the Hong Kong government decided to withdraw the bill two months later. However, the protests are still going strong as the protestors demand an inquiry on the police action taken against Hong Kong protestors.

Also, there are calls for the Hong Kong leader Carrie Lam to resign from her role as well. But in this latest incident, she was not allowed to even complete her annual speech where she was supposed to lay out her policy objectives for Hong Kong. This was meant to be a State of the Union-style speech which takes place annually. Protestors, however, called this speech from Carrie Lam as an attempt from her to win the hearts and minds of people.

But the furious pro-democracy lawmakers twice forced Lam to stop delivering the speech and then demanded her resignation when she walked out of the legislature without completing her speech. Later, she was forced to deliver her speech via a video which is the current state of affairs in Hong Kong.

Lawmakers played a recording of protestors screaming because of the police tear-gassing them and Lawmaker Tanya Chan said that “These are the voices of people screaming and they are just ordinary Hong Kong people,” and added that “Please, please, please Mrs Carrie Lam, don’t let us suffer any more.” while asking for her resignation with the claim that “This is the only way that we can have a good future,”

Chinese students apologize for their ‘Lennon Wall’ brawl in Taipei